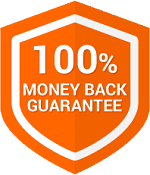 Any matches between Arsenal and West Ham United that will take place soon are listed above. Ticket prices can increase or decrease depending on other factors. For games at Emirates Stadium then ticket prices for Arsenal will be more expensive.