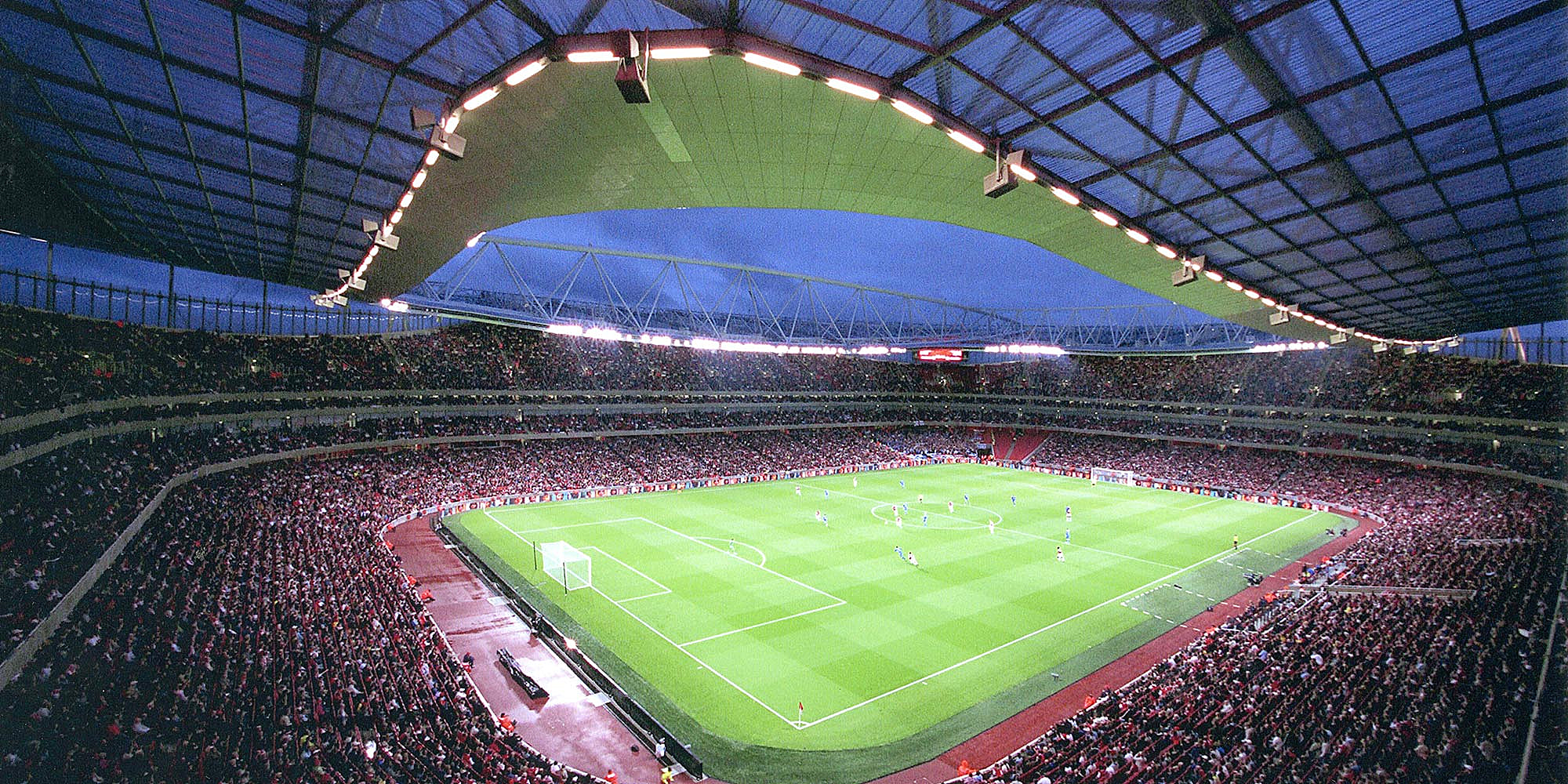 Compare tickets to Arsenal from safe & verified sellers with 100% Guarantees.

Buy Arsenal tickets today and watch The Gunners play either away or at Emirates Stadium. Arsenal tickets are often sold-out and in high demand. Compare tickets for Arsenal games here at SafeTicketCompare.com.

Arsenal FC are widely regarded as one of the best teams in world football and has won all major trophies including the Premier League and FA Cup over 10 times. Arsenal play at The Emirates Stadium in North London in front of 60,338 fans every week during the football season. The biggest rivalries of Arsenal are Manchester United, Tottenham and Chelsea. Arsenal fans are hoping for success this season, be at the stadium and get tickets to watch the Gunners. View the Arsenal football club fixtures for the 2020/2021 season above. SafeTicketCompare.com has Arsenal FC tickets available for home and away Premier League UK matches including: Arsenal vs Liverpool tickets, Arsenal vs Tottenham Hotspur tickets and other Premier League and Europa League.
Arsenal are one of the best teams in World Football and a squad packed with amazing stars. The Gunners have one of the biggest fan bases not only in London but also the United Kingdom. The team name was a tribute to the gun and ammunition factory in Woolwich in 1886, hence the nickname The Gunners which can easily be seen on the club badge. Arsenal have had iconic teams in the past, including the famous 2004 team which consisted of players including Henry, Bergkamp, Overmars and Pires. This team managed to win the Premier League without losing a single game. The nickname for this squad was called the Invincibles and gained press around the world. The team have a rich history in winning trophies and currently have 13 Premier League and 13 FA Cups. Several years ago the team moved nearby to a bigger venue, The Emirates which allows over 60,000 fans in for each game. Whilst there are concerts, the Emirates Stadium is primarily used for Arsenal Football Club. Whilst Arsenal don't have the team of old, there is is hope that the rebuilding process will bring some success.

How to buy Arsenal F.C. tickets?

SafeTicketCompare.com searches the most trusted websites to displayed tickets from verified suppliers. Use our platform and then order your tickets to the Arsenal match. Tickets are normally delivered 14 days before the game but often the day before. Our team aim to make the ticket buying process for Arsenal as easy as possible; Whether you are in the UK, France, Australia, US or Canada tickets can be ordered with no booking fee on our part.

How to find cheap Arsenal tickets?

Whilst htere are many websites that sell tickets for The Gunners, the prices are ofter expensive. Use SafeTicketCompare.com to find the cheapest Arsenal tickets on the market. Many tickets for the Emirates stadium come in electronic cards, or Arsenal Season cards / Member cards. These are used the same way as normal paper tickets and gain entrance to the match.

How much are Arsenal tickets?

Whilst the prices for Arsenal are more expensive than most teams in the English Premier League, the often fluctuate throughout the season. Use SafeTicketCompare to compare the prices based on tournament, date and seat location.

Can I buy Arsenal tickets without membership?

Many fans often ask how if it is possible to purchase seats to Arsenal matches without being an official member. Whilst this is possible for the FA Cup, EFL and Europa League games, any Premier League game will require a membership. Due to the high demand of seats, any tickets that go on resale or the official exchange are subject to the fan being a member.

I am located abroad, can I still buy tickets?

Absolutely, tickets are available to fans from anwhere in the world. Collection of the tickets will be in London for most Arsenal matches.

How much do Arsenal tickets cost?

Arsenal ticket prices depend on a number of factors including the demand from fans, the match, the stadium and how well The Gunners are playing. The prices can fluctuate so we recommend securing your seats as soon as you can. Tickets on average for Arsenal this season cost £90.

Where do Arsenal play?